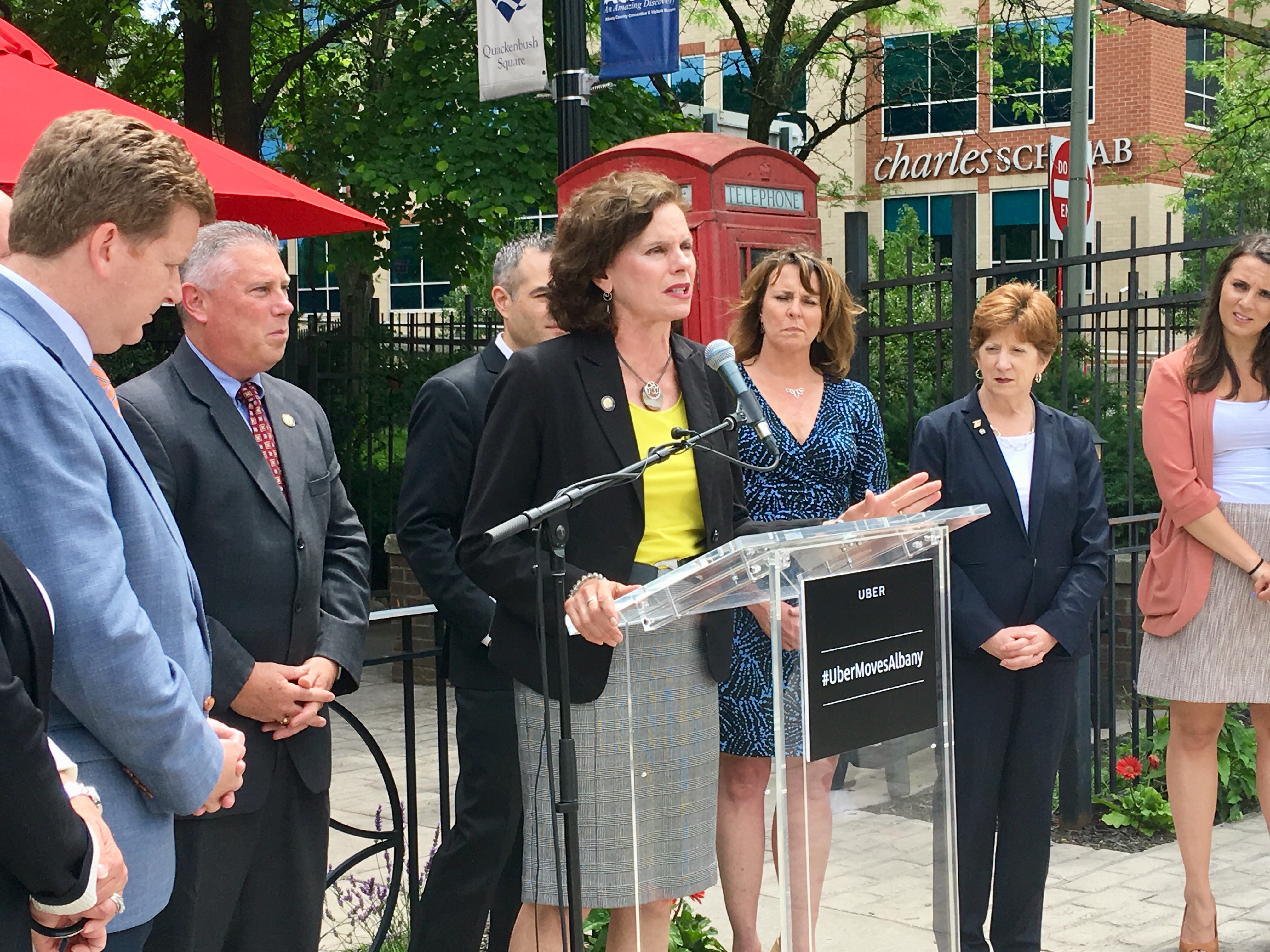 Patricia A. Fahy was first elected to the New York State Assembly in November 2012 to represent the 109th Assembly District from the City of Albany, and the Towns of Bethlehem, Guilderland, and New Scotland. Pat successfully ran on a platform of education and jobs, bringing over two decades of experience at all three levels of government and extensive community service. Now in her third term, Pat remains committed to creating jobs and strengthening education in our community.

As the daughter of working-class, immigrant parents, Pat was instilled the values of hard work, the importance of education, and how public service can positively impact people’s lives.A leading advocate for job creation and education, Pat has co-sponsored more than 200 bills and has been the prime sponsor of over 25 bills, including legislation to enact greater penalties for public lewdness, protect residents and businesses from potential petroleum disasters, increase safety precautions through traffic control devices; such as cameras, implement funding for Pre-K transportation, and provide tax relief for owners of undeveloped land.

During her first term in office, Pat was awarded Freshman Legislator of the Year by the New York State School Boards Association (NYSSBA) and Advocate for Choice award by Upper Hudson Planned Parenthood (UHPP).

Prior to serving in the Assembly, Pat was Associate Commissioner of Intergovernmental Affairs and Federal Policy for the state’s Department of Labor from 2007 to 2012. As lead advocate and liaison for the Department’s federal and congressional relations, Pat advocated for federal funding for New York State in the economic stimulus package, extended unemployment benefits, grant proposals, and youth training initiatives.

Pat served as an elected member of the Albany City School District Board of Education from 2001 to 2005, which included serving as President from 2003 to 2005.

Before moving to Albany in 1997, she served as Executive Director of the business-led Chicago Workforce Board overseeing Chicago’s workforce-related programs. Prior to her work in Chicago, Pat spent over nine years in Washington, in a number of capacities, including:

+ Serving in the Clinton Administration as the Associate Director for Employment and Training, in the U.S. Department of Labor’s Congressional Affairs Office headed by Secretary Robert Reich;
+ Senior legislative analyst in the U.S. House of Representatives, for the Labor Committee’s Subcommittee on Employment;+ Legislative assistant in the U.S. Senate, for the Committee on Health, Education and Labor’s Subcommittee on Employment, then chaired by Sen. Paul Simon (D-IL);
+ President Management Intern (PMI), competitively selected in 1985 for a two-year federal agency appointment with the Department of the Treasury.Previously, Pat has consulted for Big Brothers Big Sisters, the AFL-CIO Workforce Development Institute, and the National Commission for Education and the Economy (NCEE) on education and workforce training issues.

Pat is active in the community, serving in a number of capacities which includes and have included:

+ Board of Directors, the Boys and Girls Club of Albany (2005 to 2012), Interim President in 2007 and chair of the 2006 annual fund drive;
+ Board of Directors, Center for Women in Government & Civil Society at the University at Albany (2009 to present);
+ Founding Member of Albany PASS (People Advocating Small Schools), a grass roots advocacy organization formed to promote rebuilding Albany’s public schools (2001- 2006).

Pat and her husband, Dr. Wayne Bequette, a professor in the Department of Chemical and Biological Engineering at Rensselaer Polytechnic Institute (RPI), have two children, their son Brendan and daughter Eileen.

Pat has a master’s in public administration from University of Illinois at Chicago and a bachelor’s in political science from Northern Illinois University.